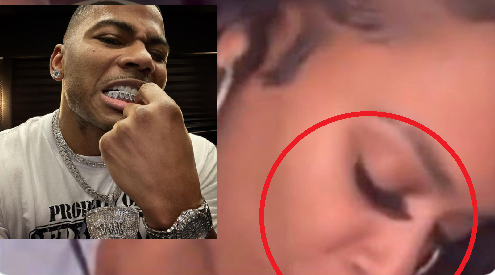 Old Skool Rapper Nelly is currently having a hard time on Twitter over a leaked video that was posted on his Instagram status and then deleted almost immediately.
Unfortunately for the rapper, the video was screen recorded by his loyal fans and then reposted the leaked video online to the dismay of Nelly,  well Famelord.com got the scoop for you all.
Nelly is the third rapper to have his **** Video leaked within the last 48hrs with Rapper Isaiah Rashad Being the 1st and B2K Rapper Lil Fizz Being the 2nd respectively.
Although Nelly has come out to state that his iPhone was hacked and the video was allegedly posted on his Instagram by the hacker, many fans have posted that it’s all lies and that Nelly posted it to boost his streams.
Famelord.com can also confirm that iPhone has one the greatest security capability in the world and the fact that Nelly is saying he was hacked is almost impossible.