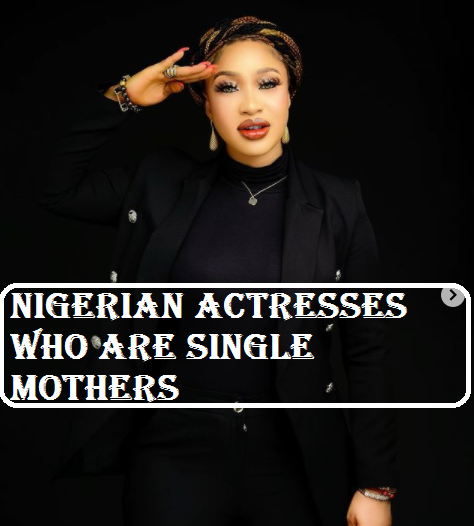 Right now in the 21st century that we are in do not be surprised to see a lot of singles mothers around us, in fact, it is quite a general knowledge that it is now the norm in town well let us take a run through some of the Nollywood actresses we know who are straight-up single mothers In this generation we live in quite a number of men are finding it hard to come out of the shadow of their wives and actually go out there and make a living for themselves, could this as a result of laziness or what? or could it just be how society is encouraging this menace? well, that’s another case in point for another day lets move on for now. Let us at Famelord.com run the list down in no particular order we are just going to be listing them as it comes to mind so let us start with…….

Ahhh Lola baby like her admirers call her this one went as far as new york to get a man but it did now work out in fact it ended up a messy affair and well she is now left with the responsibility of raising up the child that was produced in the relationship as she is now a single mother but we heard she is trying to fit the big shoes sha…. well onto the next shall we

Mother of all nations as she is trolled by her alleged haters on social media she has kids for different men in different zones at some point some of her friends had to advise her to go easy on childbearing because as we know body nor be firewood lol, but she seems to be jugglings her duties quite well as he kids are doing fine…. onto the next shall we

Her marriage with saidi balogun hit the rocks in a very messy way, in fact, it was all over the internet as they really washed all their dirty linens outside in public eyes, after the messy split she reverted back to her maiden name of fatia Williams lol, and saidi has moved on to a new wife but fathia is now a single mom saddled with single mum duties. let us move to the next one, shall we?

AHHHH Bukky Wright ke!! lol yeah yeah I know you are surprised that she is here but so is the case she is a bonafide single mom but of just two kids from a failed marriage before she got famous, so nothing is known about this failed marriage of bukky wright well I guess some things just can’t stay in place …. well kets move to the next

IN the aftermath of her well-publicized messy split from her hotelier hubby Gentry, she has moved on with her three kids and has been wearing the single mother tag as a badge of honor, the relationship was plagued with series of domestic violence accusations by the actresses and it was only after the last beating she got from gentry that she threw in the towel on the affair and ran away with her kids, gentry was promptly arrested y the Lagos police force and just a glance at her Instagram pages shows us she is doing very fine and enjoying herself while vacationing at exotic locations

This is one popular actress with a driving force she has been through a lot well her story goes like this she got pregnant while she was still a teenager and the baby daddy absconded and she was left to cater for the kid alone but she kept on with the struggle and years later she made it big in Nollywood and she has seen her only daughter and try through college, talk about a superwoman yeah

Actress Nia Long Pastor Husband Ime Udoka Side Piece/Chick is trending like wildfire on social media, after news that he was suspended as the head coach of the Boston Celtics was broken by ESPN, He is alleged to be having an unprofessional affair with his subordinate at work, Famelord Uncovered that much.

Even though the company investigative panel did not name the alleged side chick to the press, Twitter sleuths have been on a roll and allegedly uncovered a woman they strongly believed is the side chick. Here is her image below.

Here are some replies on social media:

If this her then… I understand.

Professional head Dr I see it in her eyes. Good for him

DAMN NO CAP, she is bad