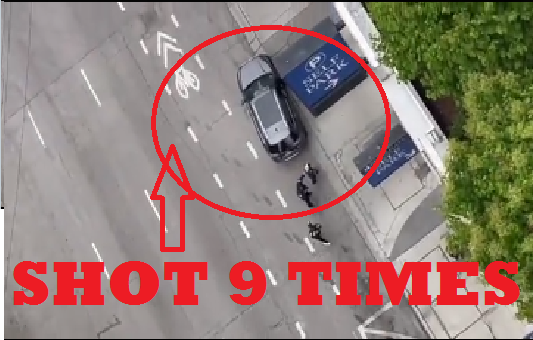 Lil Reese shot in downtown Chicago again this is coming after getting shot and barely survived in 2019. Lil Reese is one of the pioneers of drill music which originated in Chicago in the early 2010s, alongside with chief Keef, Fredo Santana, Lil Jojo was the originator of drill music and is revered by hardcore drill fans.

How Did Lil Reese Get Shot?

According to eyewitnesses at the scene Lil Reese was shot while trying to exit a building in downtown Chicago in a stolen SUV truck, after he was done visiting his girlfriend.

Witnesses tell famelord.com that Lil Reese and two other associates with facemasks on pulled up to an unsuspecting motorist in an SUV truck and instructed him and two other occupants to get out of the car, as they intended to carjack the vehicle.

Lil reese and his crew succeeded in stealing the SUV but the owner was having none of that and apparently trailed Lil Reese to a red light and pulled out a blicky and a shoot-out ensued with Lil Reese getting shoot close to his eyes and another occupant hit in the torso area.

According to police scanner

Lil Reese was rushed to a nearby hospital after witnesses called the cops and he is reportedly in grave condition at the moment, this is coming barely 3years After getting shot in the neck with an assault rifle I would hope Lil Reese was smart enough to not be in Chicago like is sweet now he gets hit again in downtown Chicago.

Pray For Lil Reese You’all…….   THOU SHALL NOT STEAL!!

Rapper Pooh Shiesty Caught On Video With A Transgender Woman! Is He Gay?

Ariana Fletcher Before Surgery! What Ari Fletcher Looks Like Now!!