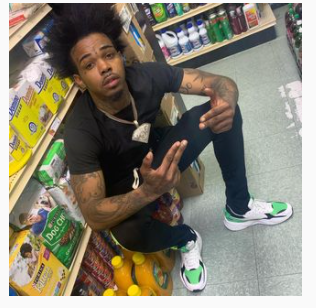 Tommy gzz arrested and the situation was crazy at the time as you all may know, Famelord.com has an update on the case.

Tommy Gzz is he’s a rapper from New York he’s also cardi B’s ex boyfriend. He was arrested as a suspect for running down a man and his young son in Harlem and a slashing of the father.

Tommy Gzz real name Thomas Green was taken into custody and he is was charged with attempted murder and assault police say Greene was behind the wheel of the car.

On November 2 6:00 on West 112th Street he jumped a curb and drove into the victims investigators say Greene got out the car and slashed the father’s face and arm police later arrested Tommy Gzz and he is was charged with attempted murder, the police also believe the attack was part of a gang dispute.

Tommy Gzz bond was set at 1.5 million dollar bond now if you are knowledgeable about New York or surrounding areas you may be a little bit more familiar with who Tommy Gzz is from his rap song or him kicking over Casanova or you may know him because he’s cardi B’s ex-boyfriend.

New York is a surveillance state so every corner every inch of New York almost is being put under surveillance CCTV o and this happened in broad day light did you really think he was gonna get away with this or you have so much of allegiance to yo gang to do this?

As at this moment Tommy Gzz is still in jail serving a 10yrs sentence.