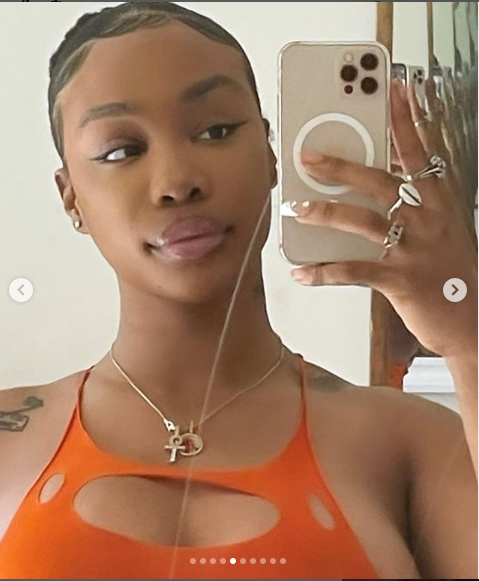 Popular Songstress SZA is embroiled in a scandal called SZA Train as people are alleging she had a train ran on her, FIND OUT THE TRUTH HERE.

SZA real name Solána Imani Rowe is admired by many and now drake too was an admirer and he even dated her a fact he admitted on a track with 21 savage, Drakes verse on the song was the genesis of all the SZA train rumors.

The 21 savage track titled ‘Mr. Right Now‘ drake says he dated SZA back in 2008, he is quoted below

Yeah, said she wanna fuck to some SZA, wait/’Cause I used to date SZA back in ’08

Drake is not spared from the fan’s criticism as he is also receiving heat for the fact that SZA was a teenager at that time in 2008 and many are now calling him a pedophile.

HOW DID THE SZA TRAIN RUMOR COME ABOUT?

It all started from IG blogger ‘Gossip Of The City’ when they were posting about the drake SZA verse that subtly alluded to the SZA Train on the caption which they later went back to edit with a quickness after they started getting heat for it.

But even after they edited the caption if you check the comment section of the post it is filled with fans still talking about it, one fan is quoted as saying

I forgot where I heard this but they said she was wildn the f out before she got famous, said she use to take 2 to 3 at a time when she messed with some dudes from Kendrick crew

SZA response to all the drama was unfollowing Drake on instagram and blocking him on twitter, so we at Famelord.com can tell you that until concrete evidence such as a video depicted the SZA train pops up all this is still speculation and the Sza’s trains incident never happened.

In other related SZA news, she recently underwent a full body surgery and all the coop about SZA surgery is posted on our latest article.